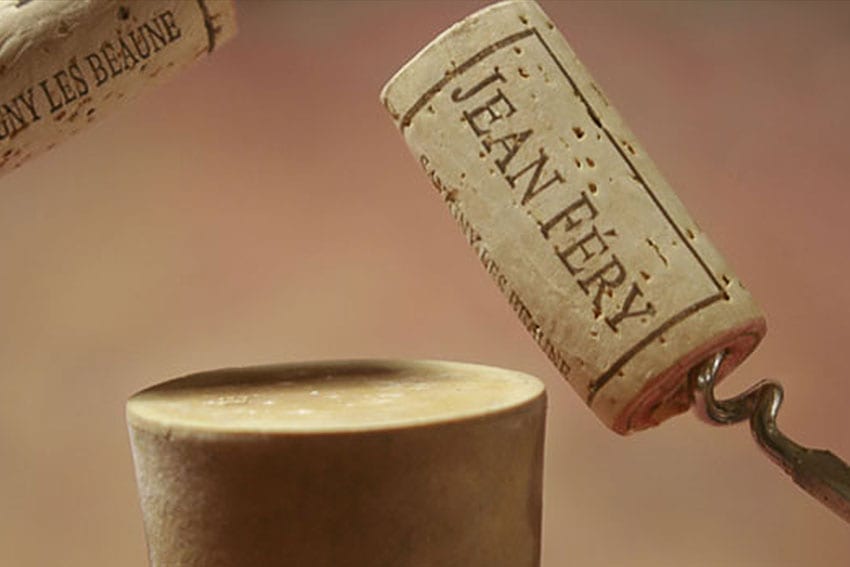 If it seems like the Domaine Jean Fery came out of nowhere, in a sense it did.

Jean-Louis Fery took over his parents’ estate in 1988 and made his childhood dream come true: providing the family estate with the means to develop further through investment in infrastructure and the purchase of new vineyards.

And little by little he has added prestigious appellations to create one of the most impressive small-production domains in Burgundy, old or new.

We first heard of the Domaine Jean Fery a few years back when we ran into Pascal Marchand shortly after his liberation from corporate winemaking.  He was setting up the original version of his own negociant house in Nuits St George at the time, and because of the frenetic pace of his life, it had been years since we had seen one another.  It was good to catch up. He threw me into his car and we sped up out of Nuits St George along the Hautes Cotes ridge road, arriving in Echevronne just in time to see the vineyard workers getting a horse down from its trailer.  This, Pascal said, was the Domaine Jean Fery.

Nestled in the Hautes Cotes village of Echevronne, the Domaine Jean Fery is the master plan of Jean-Louis Fery, the latest in a wine line dating back to the mid-1800s.  Himself an academic, he faced a life decision when his father retired from winemaking in 1988. He knew little about viticulture, but his attachment to the family domain tipped the balance.  So he bought a tractor and a trailer, and started building a new winery. With the help of a hired winemaker, he set off on a new path. Not content with the traditional tenor of the estate, he made some quick and radical changes.  From 1994, with the help of Alain Meunier of the Domaine Jean-Jacques Confuron, the Domaine Jean Fery went bio (without claiming the certification) and started expanding their vineyard holdings. 2008 saw the official declaration that the vines were in conversion to organic production, and the first parcels were labeled AB.  The domain as it stands today is among the most eclectic in Burgundy, with quality holdings up and down the Cote. The addition in 2010 of a parcel of Chassagne-Montrachet 1er Cru ‘Abbaye de Morgeot’ shows that Jean-Louis’ passion and dedication is still aglow.

Vinification in white sees the grapes brought whole with stems attached to the winery where they are pressed immediately with a pneumatic press to avoid any chance of oxidation. The juice is kept cold and left to settle out for 24 hours before being fed into oak barrels (50% new oak) to begin the alcoholic fermentation under temperature-controlled conditions.  There is then a twice monthly stirring of the lees until the end of the malo-lactique fermentation. The wines are then fined with bentonite clay and passed through a light plate filter before bottling.

Vinification in red see the grapes totally destemmed before being put into open vats where a low temperature maceration of 5 days facilitates extraction, keeps the fruit fresh and develops complexity to the juice.  Fermentation begins with indigenous yeast (no yeast added). Symbiotic yeasts lend more complexity to the juice as well. Temperature is kept below 30C (higher would stop fermentation) with dry ice and a cooling unit.  As the cap forms, the wine is pumped over the cap to keep it wet and to aerate the juice, further stimulating fermentation. This fermentation last about 3 weeks with the cap punched down 3 times daily to extract phenolics for color and tannin.  The free run wine is separated from the pomace, which is then pressed with a pneumatic press. The free run juice and the pressed juice are then combined, and let to settle by gravity before the juice is racked off the must. The juice is then transferred to oak barrels where it stays through the malo-lactique fermentation.  It is then racked to clear it. Red wines of the domain are neither fined nor filtered.