From the Vine to the Vat 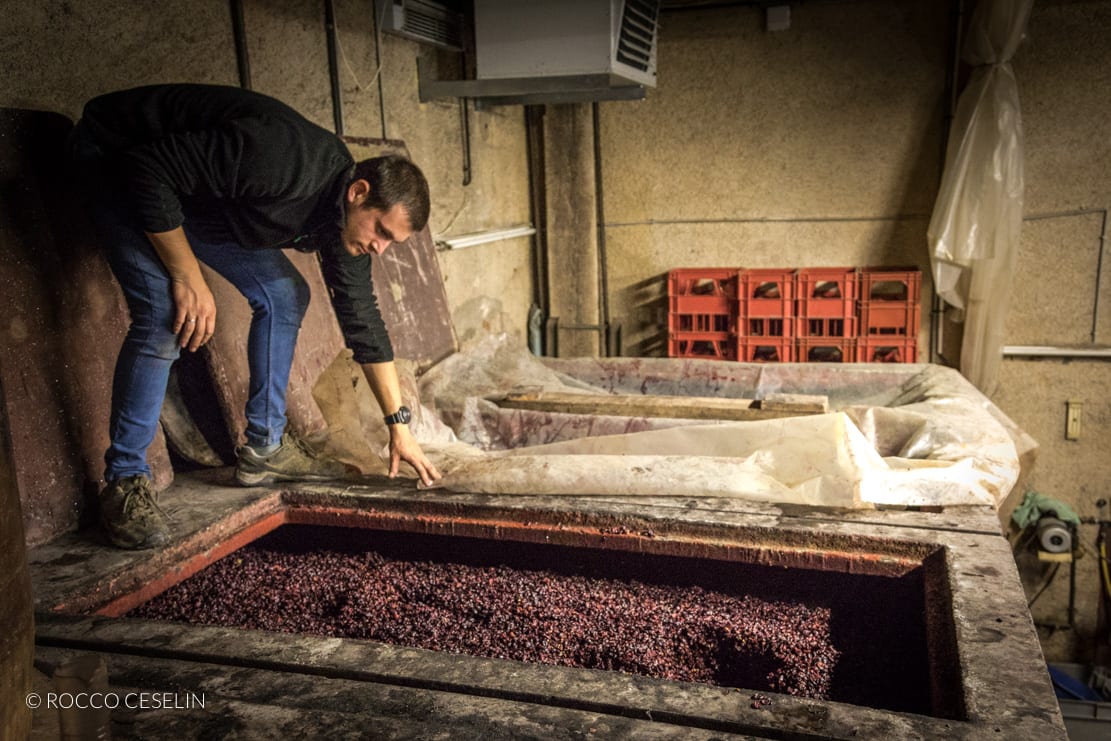 I was down in the Cote d’Or yesterday to see how the harvest finished and to smell that first whiff of fermentation. These past few weeks we have been hearing all sorts of reports from all over Burgundy. So now that the harvest is pretty much done, I wanted to see for myself what is actually in the vats. Burgundy producers have every right to feel sorry for themselves these days. With an ever-expanding market clamoring for their wine, the region has been unable to deliver, working through four successive difficult and meager harvests. And frankly, pity the poor producers in Volnay and Pommard who, for the second year running, saw their fruit cut down by hail.

But this is farming, and farming has always been thus. Another way to look at it is that these days, the best growers know how to bring in a healthy crop, pretty much no matter what the conditions. This may well mean that crops are smaller due to attrition, but, as we have seen in the previous three difficult vintages, the quality is always there.

The prophets of doom always seem to speak too soon. Look at 2011 red Burgundy. Last year at this time it had been written off. But open one today!

What I saw yesterday in the cuveries of several of the producers that we hold up as benchmarks was absolutely beautiful. Both red and white. Good color. Easy extraction. Good maturity (better than 2011, several winemakers said). And the levels of such indicators as pH, malic and tartaric acid are all correct. It will be hard not to make good and even great wine with grapes like this.

The downside? The biggest worry was the hail damage: some vineyards did not even get picked. Some were so badly hit that they brought in a fifth of a normal harvest. In addition to Volnay and Pommard, big swatches of Beaune and Savigny-les Beaune, as well as a significant part of Corton-Charlemagne, saw greatly reduced production. One domain we know of which usually produces 35 barrels of Charlemagne, this year produced 15. Yields in the ‘golden triangle’ of Meursault, Puligny, and Chassagne-Montrachet were in the range of 30-35 hl/ha.

So the Cote de Beaune will be in short supply in the 2013 vintage. That said, everyone we spoke to said that if the crop came in healthy (and all of producers reported healthy fruit) then the potential for a good even great vintage is there.

And I cannot even begin to tell you how beautiful the fruit I saw in the Cote de Nuits is!

Of course, we will not really know anything until the fermentations are further along. So we’ll be down in the Cote again next week and will bring you further updates.
SHOP NOW