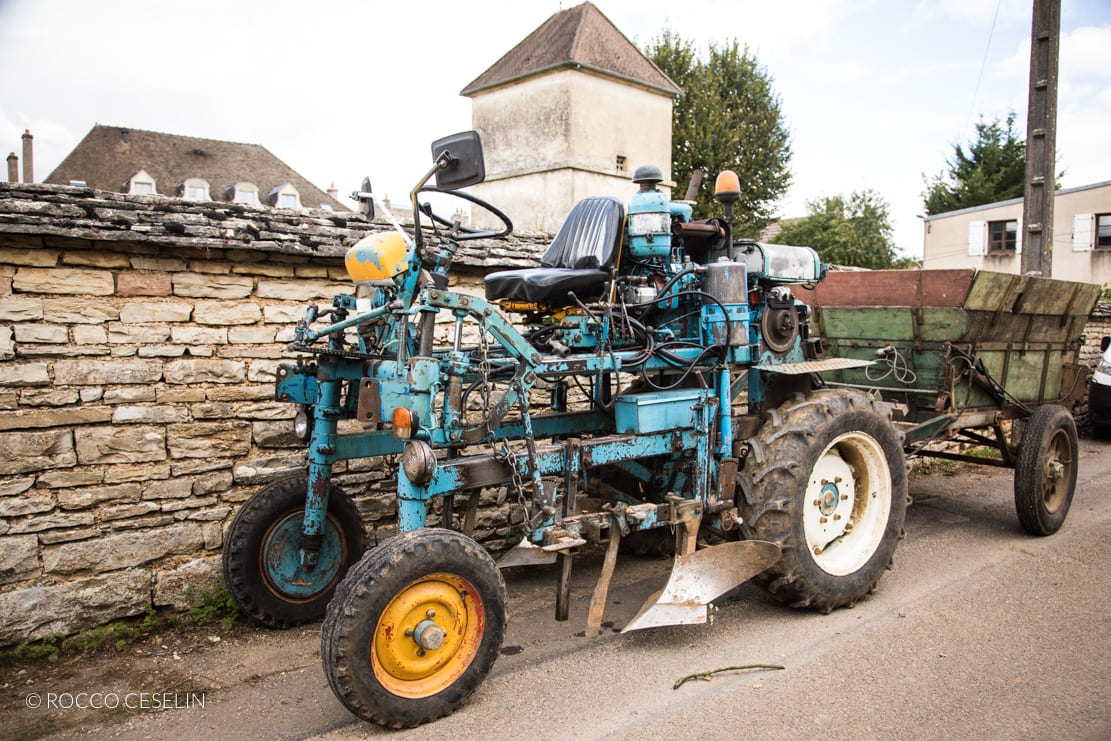 This post was scheduled to appear last month, but in light of the recent legal actions taken against Burgundy winegrower, Emmanuel Giboulot, we decided to wait to see how the case would develop. A recent NY Times op-ed piece about the situation and various support groups for Emmanuel Giboulot have drawn attention to the story. We support the call for passage of a French Sustainable Agriculture bill. And we ask you to support Emmanuel Giboulot as he takes the weight of all serious wine farmers on his back.

That’s what people are calling it. The new phylloxera. And that’s not good news.

Flavescence dorée is a bacterial disease that attacks vines and has the potential to do lots of damage. It is transmitted by a flying insect known as a leafhopper which infects the vine with the highly contagious bacteria as it sucks sap from the plant. This infection can kill young vines and reduce the productivity of older vines. Problems come in waves of epidemics once the disease is installed in an area.

It has already caused problems in the Languedoc-Roussillon and Bordeaux regions in the south and west of France. In Burgundy, the first case appeared in the Côte Chalonnaise in 2004. By 2011, a virulent zone of 3000 acres around the town of Tournus was required by law to be treated with insecticides. By last autumn the obligation to treat the vines was extended to the entire department of the Saone-et-Loire.

Everyone, of course, is up in arms, either out of fear of the disease spreading or of the government mandating insecticide treatments. So now it’s war.

Here in the Côte d’Or we had an outbreak last summer in Meursault and then in Mercurey. And the leafhopper is common here. So on June 7 last year the local authorities ordered that all vines in the Côte d’Or must be treated by the end of the year in an attempt to eradicate the insect. The fear here, especially among the growing number of producers who practice organic viticulture, is that twenty years of hard work to limit and stop the use of pesticides in the vines is being overturned by government decree.

For certain growers, the decision to force growers to treat the entire zone is an unreasonable overreaction. They argue that past experience in other regions has shown that neither the disease nor the leafhopper can be eradicated in the short-term and that treating healthy zones serves no purpose.

They argue for more reasonable approaches as have been used in the past to eliminate insecticide use (sexual confusion and vibration techniques to keep insect populations at bay, push-pull techniques to round the insects up in a precise zone so they can be destroyed, etc.).

The other side, of course, argues that we should nip the problem in the bud. Treatments in the Côte Chalonnaise started well after the disease had taken hold, and some estimates are that it will now take a decade of treatment to eradicate it. They say that here the single series of treatments over the course of 2013 would decimate the leafhopper population and give the Côte d’Or some breathing space.

We now await the Spring of 2014 to see what effect it had.

All the best from Burgundy.
SHOP NOW